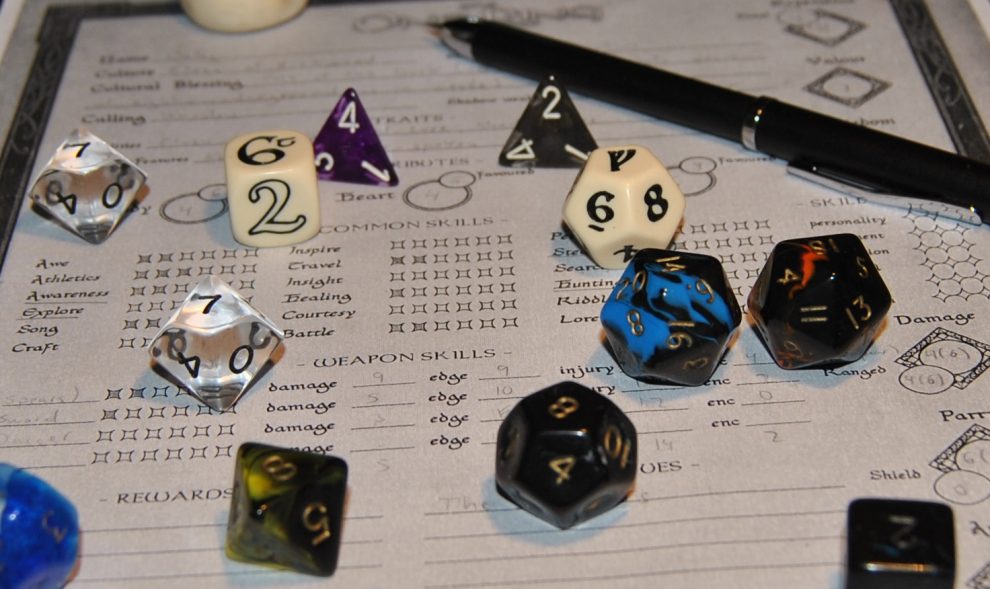 I’ve heard this statement from many people over the years, many of whom became avid gamers with a little assistance. Playing tabletop RPGs is a lot of fun, but it can also be intimidating for new players.  Unlike most board games with a set goal and predicable player experience, RPGs change with every choice that the characters make during the game session.

Not having a “right way” or rails to fall back on can make inexperience players feel unsure and self conscious, but don’t let that keep you from joining a game!

Nobody learns to play a tabletop RPG without sitting at a table and actually playing.

You can memorize everything about the game, but becoming a good RPG player takes practice. You will learn as you go, and even after playing for decades you will keep learning from new experiences. Just like the characters we play, we get XP as we go!

It always helps to have some guidance though, and so, I’d like to impart some knowledge that will be helpful to new players.

Who is in charge? 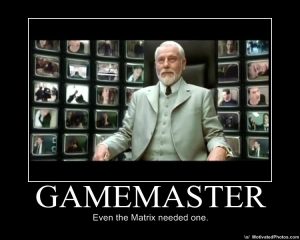 The Game Master (GM), or Dungeon Master (DM) if you are playing D&D, is in charge of running the game. It is their job to make sure that the game is engaging, follows the system’s rules, and that everyone is having fun. They are, in many ways, the “god” of your game world. They create the setting, non- player characters, monsters, situations and everything else that you and your fellow players will face in the game.

It is important to note that the GM does NOT get to make your choices for you.

They can create the dungeon with a dragon inside, but they cannot make your character walk in and slay it. That has to be your choice. If you want your character to head to the local tavern instead, you have that right! (But I can’t guarantee the GM won’t turn around and make the dragon attack the tavern!)

It’s a good idea to befriend your GM. They are the best resource for everything related to your campaign and can help you with any questions you  have along the way. Work closely with them as you learn the system and show your appreciation for all the hard work they put in to keeping the game going. You show up and play once a week, but they spend hours prepping before every session. Without the GM, there is no game.

How do I build my character? 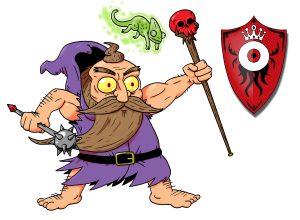 I could write a whole post about creating a character (and I probably will in the future!) but for now, I will try to keep it short and sweet.

Talk to your GM before you start making your character and ask for their advice. Different games have different flavors and you don’t want your character to bring a gun to a magic fight, or be an evil character in a group of holy paladins. Or maybe you do want that, but you should get permission from your GM before adding that type of complexity to the game.

All systems have a set of mechanics to help you build a character’s abilities, so make sure that you read that section of the players handbook thoroughly. If you have questions about the process, your GM and fellow players are your best resource to help you make your character. There are also many online forums where you can ask any questions that you might have during character creation. 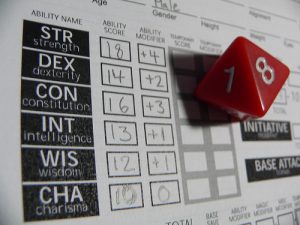 Make sure that your character’s stats (strength, intelligence, etc) support the skills and abilities that you select for them. For example, most fighters will need a lot of physical stat points, such as strength and constitution, while magic users or investigation types will need more intellectual stats. It’s not helpful to have a fighter who isn’t strong enough to wear their armor! Chose your stats and abilities wisely, because they change slowly once the campaign starts!

Next, develop your character’s personality. Hopefully, you had something in mind while you were working on his/her stats and skills. Some game systems have personality stuff built in to character creation which give you a basic framework for a personality and back story. If so, great! Just use that as a basic structure and add in some smaller details. If not, you have a bit more to do to create your character.

What can my character do? 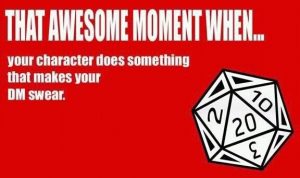 Your character can TRY anything that you’d like, but they won’t always succeed. Take chances and think out of the box. Every problem should have multiple solutions. Success is determined by your dice rolls and the GM’s choices. Choose wisely! Saying, “I shove a sword up his butt!” may not be as funny as you expect when it actually happens in the game.

Be an active participant!

Tabletop RPG game sessions can last a long time, usually several hours for a single session. The time can sometimes pass slowly, especially during combat, it’s important to take an ACTIVE interest in everything that is happening during the game. That means listening and participating in character, maybe even taking notes so that you can remember important details later.

Combat can take time, but it’s important that you are paying attention to what other players are doing on their turns!

There is nothing worse than being in the midst of a difficult combat and having a player do something useless because they have no idea what the last player did on their turn. Be aware of what players are doing so that you can make good tactical choices and contribute to the battle!

What is metagaming? Why is it bad? 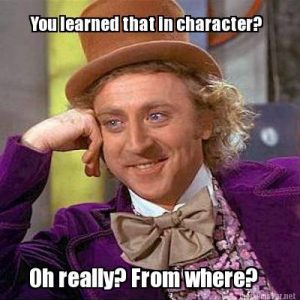 Metagaming is making decisions based upon out of game knowledge. For example, you saw your GM’s notes and know that there is a dragon in the dungeon. If you have your character avoid the dungeon, you are metagaming. Your character doesn’t know there is a dragon waiting to eat you. You are using PLAYER knowledge to make a choice in game, not CHARACTER knowledge. For obvious reasons, metagaming can really mess up a game. DON’T DO IT!

Nobody expects you to know everything! Asking questions, in character or out of character, is a natural part of the game. Everyone does it, no matter how long they have been playing. Why do you think gamers carry around the game rule books all the time?

Role-Playing & Metagaming
What Can We Learn from #GamerGate?
Comment