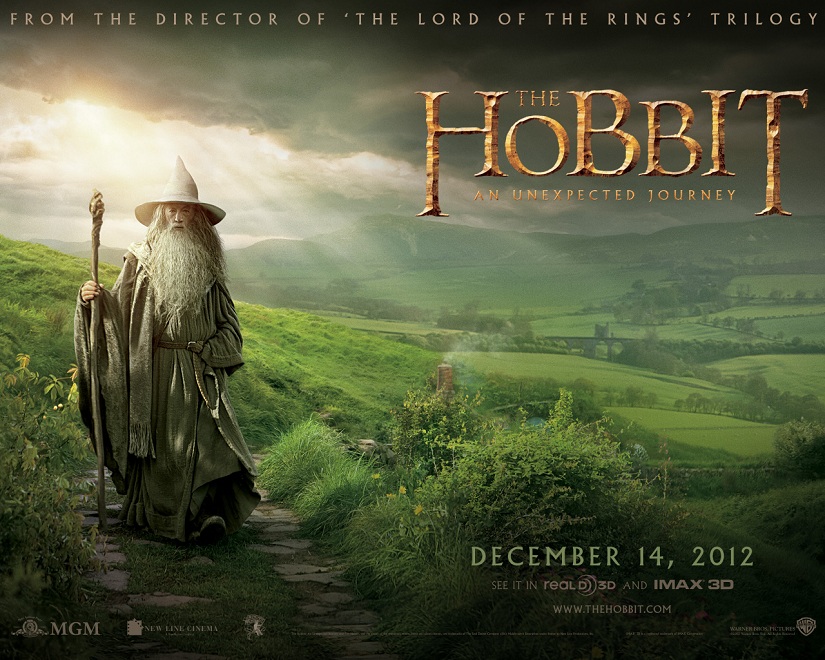 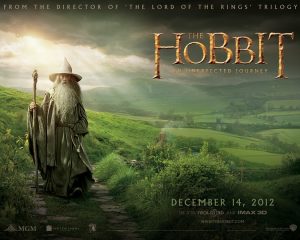 The new trailer for The Hobbit movie was released last week, just in time for the 75th anniversary of The Hobbit. I’m currently reading the book with my middle school English classes, so I’ve been spending even more time than usual contemplating Middle Earth. We just finished the “Riddles in the Dark” chapter, and the kids are loving it. The first trailer was wonderful and the dwarven music gave me goosebumps. This time, I was only left with worry lines in my forehead. Maybe it’s my students’ new-found delight in these characters as they are written, or perhaps it is just that the story is so fresh in my mind, but the trailer seemed to stray from the book a bit too much for my liking.

While The Hobbit is a much more lighthearted book than The Lord of the Rings, it worries me that some of the scenes with the dwarves seem to be inspired by The Three Stooges.  They are the principle heroes in The Hobbit, and I really hope they are treated with the respect they deserve. It’s bad enough that Gimli ended up being comic relief for much of the trilogy, do all the dwarves have to be goofy? It seems that only Thorin is treated with any respect. These are capable warriors from a noble race of artisans, and while there should be comedic moments in The Hobbit, they shouldn’t simply be comic relief. Another thing that is worrying me is the amount of obvious CGI in the trailer. I realize that it was a hug part of the LOTR movies too, but when combined with miniatures it was usually very seamless (other than a few very annoying green screen shots). Some of the shots in both trailers look very fake. The one moment that made me cringe in the first trailer was when Bilbo held up Sting, and it was very obviously a CGI sword instead of a real one. Perhaps they are not finalized effects yet, or maybe they will look better when they are all in context. A girl can hope, right?

The amount of content that has been added has always been something I was worried about. There were a lot of scenes that seemed to be drastically different than the book, or flat out created for the movie in spite of the book. I realize that some adjustments have to be made when a book is brought to life on film, but  I’ve been nervous since I heard they were going to turn it into three movies. They brought all three books of The Lord of the Rings to life in three movies. Why are they taking three movies to recreate The Hobbit when it’s only one book and a more simple story?

I’m holding out hope and reminding myself of a bit of wisdom from the man himself. “Do not be too eager to deal out death in judgement. For even the very wise cannot see all ends.” ― J.R.R. Tolkien, The Fellowship of the Ring

The Music Behind Batman: The Animated Series
DC’s New 52: Who is Wonder Woman?
Comment