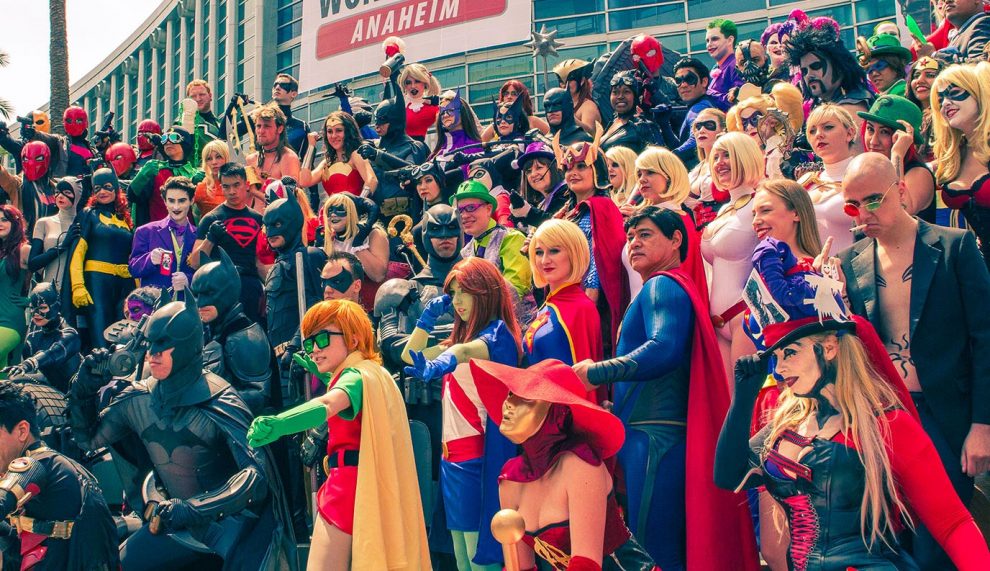 Last Thursday, Pat Broderick, a comic artist best known for his work in the 1980s and who recently returned to DC comics, posted this on his personal Facebook page:

todays heads up. If you’re a Cosplay personality, please don’t send me a friend request. If you’re a convention promoter and you’re building your show around cosplay events and mega multiple media guest don’t invite me….You bring nothing of value to the shows, and if you’re a promoter pushing cosplay as your main attraction you’re not helping the industry or comics market..Thank you..

He is only the most recent example of comic creators blaming cosplayers for the changes in modern comic book conventions. (See the idiotic comments by Tony Harris and artist Dave Dorman’s wife.) I get it. They are frustrated with the convention scene and cosplayers are easy targets. We put ourselves out there, are a little “different”, and hold very little real power at conventions so there is really no risk to them when they bash us. But it really hurts when the people whose work we idolize blame us for everything they dislike about conventions, especially when their accusations are unfounded and inaccurate.

I’d like to break down some of the claims that were made by Mr. Broderick. (Please note that I have copied and pasted his statements directly from his Facebook page, errors included. There are too many errors to [sic] every one.)

Statement #1: “You bring nothing of value to the shows”

What about my money? Is that not good enough? When going to a show, 99% of cosplayers pay their own way like any other fan. We pay for tickets to get into the event, we pay for travel and lodging, and we buy stuff like prints, signatures, and face-time with our favorite artists and celebrities. Raymond Lui, a vendor at conventions added a comment to the Facebook thread:

I sell Japanese toys & collectibles at shows, but I’ve noticed that cosplayers, who one would assume are my target audience, buy the least amount of stuff from me. The regular attendees not in costume are much more reasonable and willing to support the industry…

This is a ridiculous claim. Does he think that cosplayers wear their costumes 24/7? It is difficult to wear a costume in crowds, and carrying bags of merchandise makes it even harder. Most cosplayers take off their costumes at some point and walk the convention floor in comfortable clothes to do their shopping. I can be seen walking the floor in jeans and a tee-shirt at every convention I attend. Unless you are taking a cosplay poll of every customer who walks in your booth, there is no way to tell if someone is a cosplayer or not.

We love this industry. We buy comics, autographs, prints, pictures, clothing, and everything else you can think of when we attend conventions. How is that “nothing of value”?

Statement #2: ” cosplay are just selfies in costume, and doing multiple selfies is about the highest expression of narcissium,,,,,“

Mr. Broderick posted this as a comment later in his Facebook thread. Frankly, it’s just mean. Is there showmanship and narcissism (notice the correct spelling of that word) involved in cosplay? Of course, but we also cosplay out of love for the characters and to have fun. Most of us will never make any money on it, and we just enjoy bringing the characters to life as best we can. Many of us make appearances at charity events in costume for free! Why is it necessary to attack a group of people for enjoying a hobby? Especially a hobby that celebrates the creative work of comic, anime, and other artists?

Statement #3: “The problem as I see it is the combination of both cosplay and multiple media guest at show. “

This was another comment Mr. Broderick made in the comment thread. What I think Mr. Broderick and many other artists fail to realize is that MANY modern fans were introduced to comic books through other media! I am in my 30s, and I first became a fan of a comic book character through Batman the Animated Series. It’s what made me curious about comic books in the first place, and most people my age have a very similar story. We are fans of comics, but we are also fans of other media, and the TWO THINGS ARE LINKED! Why do you think that comic book movies are the highest grossing films in theatres now? Because we love EVERYTHING related to the characters and we have money to spend! We want to go to events where we can see our favorite Batman artists, Batman voice actors, and Archam Asylum video game designers. Having a variety of media increases the appeal of an event.

Professional cosplay guests are just a smart move on the part of conventions because they cost the convention very little money (if any money at all) and they make fans happy. What fan isn’t excited to see their favorite character come to life? Disneyland figured that out long ago! What’s important to realize is that less than 1% of cosplayers are professionals who get any support or help from the convention. Most of us are just dorky fans paying our own way just like everyone else.

I will say that I agree that comic books are getting less and less space on convention floors, and I don’t like it. There needs to be a balance of media, and while I know that the big studios can afford more space than any individual artist, I hope that conventions will start spreading out the space a little more evenly in the future. 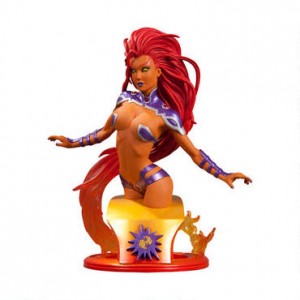 Statement #4: “To those offended cosplay characters participating in these events, while I admire the efforts and time spent in producing your costumes, well done, but keep in mind that these shows started and continue to be GP rated family friendly events so consider the children who attend with their parents and the uncomfortable position you’re putting the parents in with your designs. ” – This comment was part of a larger response that Mr. Broderick posted on Saturday.

OUR DESIGNS?? The last time I checked, most cosplayers were bringing the designs of comic/anime artists to life! If the designs are not family appropriate, than how can a comic convention be “family friendly” in the first place? While I do think that cosplayers have a big responsibility to younger fans when they are at a convention, you cannot blame the DESIGNS on us. 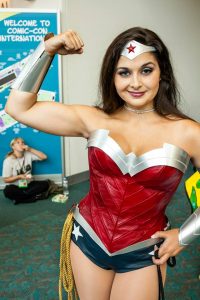 Statement #5: “To those who antiquate their time and investment as an equaled effort to the years artist and writers have put into their trade, that’s just wrong and untrue.”

Art is art. I have been sewing and creating costumes for over a decade. If I wanted to, I could sell commissioned work. How is that any different than an artist who is drawing for a living? What you do with pencils, we do with sewing machines. It takes lots and lots of practice. I can’t wait to see what I am capable of making after practicing for 40 years like Mr. Broderick. Is my time and effort equal to his? Not YET, but I’m working on it.

I think the comic industry is undergoing a major transformation. Is it for the better? There is no way to tell, but I understand that it can be scary for people who depend on comics to make their living. Some creators, such as Gail Simone and George Perez, have embraced their cosplaying fans, and their careers are stronger for it. Part of staying relevant in the industry is learning to adapt to the changing convention culture. In an era where most comic collectors are turning to Ebay to completed their collections, conventions are becoming driven by the personalities that are attending and who can draw fans to an event.

You will catch more convention flies with honey than with vinegar, Mr. Broderick.

UPDATE: A few hours after this article was posted, Pat Broderick posted this as part of a longer announcement on his personal Facebook page:

I am now officially announcing that next year I will be sponsoring the first of what I hope to develop into a 4 show convention circuit. And I can assure you that it will be a con devoted to the industry of comics, I will bring creators and collectors together and promote it to fill the halls.
Now I was planning to make this announcement the first of the year, But anyone who has ever worked in advertising knows that with this I can ride the tide of conversation going on right now… Watch the boards starting in January for more announcements and web site direction. It will truly be family friendly and of course I intend to have a spectacular cosplay event.
Pat Broderick…… Game is on…

Sarcasm? A sudden change of mind? I guess we will have to wait and see. 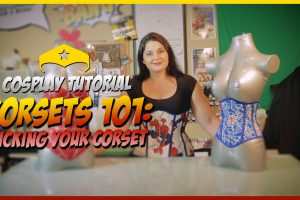 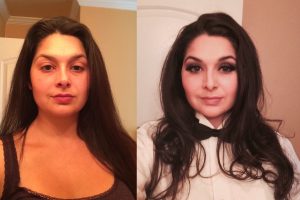 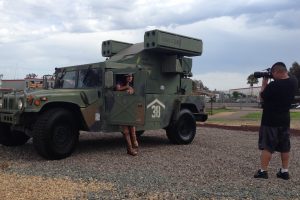