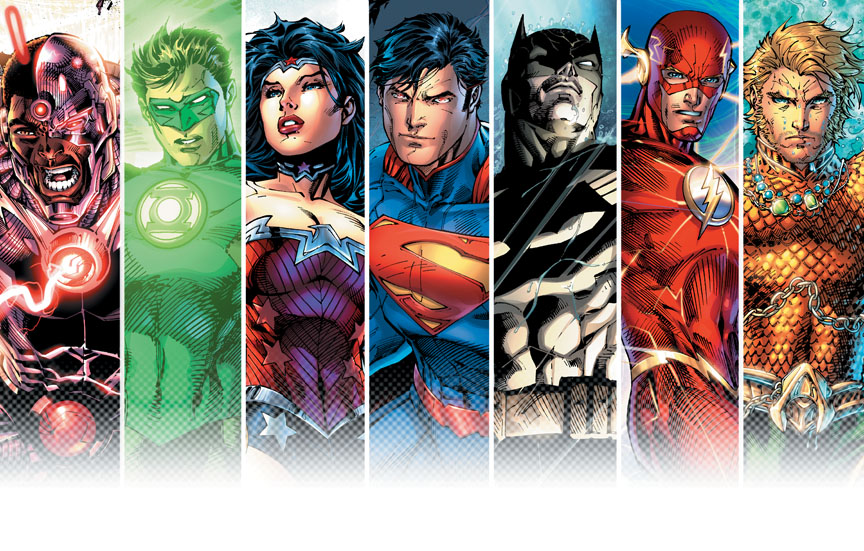 Women, do you buy a comic book every month?

If your answer was yes, wonderful! If you said no, then you are part of the problem with women in comics. It’s time for women to pay up, or shut up.

Most women don’t read comics. It’s a fact. Before you start disagreeing, think of all your female friends. How many of them REALLY buy a comic every month? More specifically, how many follow the same titles from month to month? When I realistically count out my female friends who regularly buy monthly comic books… I get the number zero. I am the only one. This is especially sad because I hang out with a ton of geek girls. They can tell you all about their favorite characters, buy tons of merchandise, cosplay these characters, but for some reason they don’t buy their favorite character’s comic each month. This doesn’t lessen their geek-cred, but it does point out that most women are apathetic when it comes to regular comic buying.

THIS IS NOT DC’s FAULT!! They marketed the hell out of the New 52. Do you really think an ad in Cosmo would have made the difference? You can try to blame the way they write female characters all you like, but they have AT LEAST five current titles with powerful, well written female leads. Birds of Prey, Wonder Woman, Batgirl, Batwoman, and Huntress are all great books and the women in them kick ass. If you are boycotting DC because of Starfire, Voodoo, or another character that upset you, you are only shooting all of us in the foot. You are simply affirming their current assumption that women don’t buy comics. Pick a book, just one, that you DO like and buy it each month. Seriously. It’s $2.99 and you can even buy it digitally so you don’t have to leave your couch or computer chair.

The reality is that the large comic book companies aren’t going to change until women are a viable market. To become a viable market, we have to buy comics! Money talks and has more influence over any company than all the blog posts and tweets in the world. Businesses do not produce product for a demographic that they aren’t sure will buy said product. SAYING women are a marketable audience does nothing when decades of comic sales say the opposite. We have to prove to them that they will make a profit on us. We do that by buying comics.