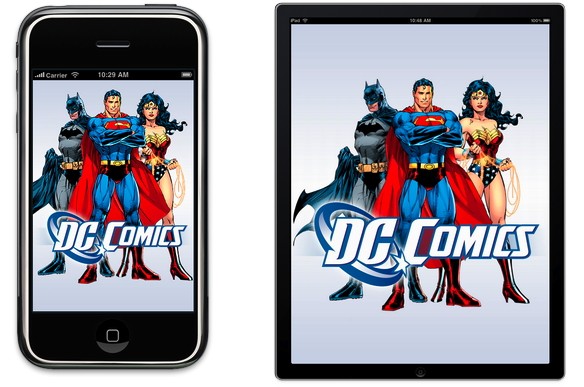 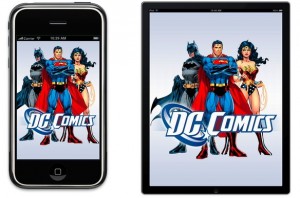 I love my local comic shop. The owner is a great guy, who cusses like a sailor and loves to chat about old story lines. He is one of the few people who can actually follow what I’m talking about when I start to ramble about Justice League Europe in the ’90s, or the old “New Teen Titans”. However, in recent months I have started buying most of my comics digitally. This isn’t because I dislike comic stores, quite the opposite, but it is so much more convenient to buy online. I can curl up in bed at 11:30pm and buy the latest editions of my favorite comics. Best of all, I don’t have to worry about storing them. The storage part is HUGE! I hate throwing comics away and already have hundreds of plastic covered gems filling my bookshelves and boxes. Digital comics take up no space, but I can reread them whenever the fancy strikes me.

I’m sort of a traitor.

However, the comic industry has to evolve to keep up with the times. We are moving into the age of digital everything. A good comparison is the music industry. Many people claim that iTunes is killing the music industry, but it’s not dying, it’s evolving! The music labels are definitely not hurting for cash, and small bands (like mine!!) have a chance to sell their music on a global scale, all thanks to digital distribution. There is an adjustment, and unfortunately, retail stores can suffer. But in order to continue growing their fan-base, comic companies are going to have to continue to move into the digital realm.

The first step that the comic book companies need to take? Agree on a universal format that can be easily bought and read with programs like the Newsstand app. Having a separate app for each comic company is really a joke. Can you imagine if each record label had their own app that you had to buy and listen to music through? For god’s sake! I couldn’t listen to “Weird Al” Yankovic and Johnny Cash without switching apps! I believe that the comic industry would increase their sales if people were able to easily subscribe to their favorite titles and have them show up in the same app. The convenience might tempt people to try a comic who normally would never visit a store or download a comic-specific app. I’ve found amazing musicians buy buying a single song, just to try them out. The same would happen with comics. The comic companies could even include ads, like in current printed titles, to insure that they made a profit. They’d also save money by eliminating the need for them to maintain their own apps. Another perk would be that it would create a wonderful platform for independent comics to reach a much larger market. Everybody wins.

With the incorporation of programs similar to iCloud or iTunes Match, a digital customer could access their comics anywhere that had an internet connection. Your entire comic collection at your fingertips! How amazing would that be? Bus running late? Pull up your favorite DC title. Bored at work? Read X-men on your desktop, and still look like you are working! Did you only get through half of Batgirl before you left for class? Pull it up on your iPhone during the lecture. I love rereading old comics from the 80s and 90s and having them only a few taps away would be amazing! Convenience and mobility are the major perks of the digital age, and the comic industry is missing out.

Store owners and hardcore printed comics fans will disagree with me, but in a world where music and bookstores are closing at alarming rates, the influence of digital distribution is undeniable. I’d rather see the industry change than have it die completely. Over 19% of the US population now owns a tablet of some kind and millions more are being sold each month. I think it’s pretty obvious where the future lies for comics.

EDIT: A few people have mentioned ComiXology to me, and they have a very valid point. ComiXology has many of the perks I mentioned above, but ComiXology does not actually sell comics… they sell the license to view comics from their servers. It’s a really great option if you aren’t the type to reread comics, but if you are an archive reader like me there are some drawbacks. If they lose their license with a company like DC, they’d have no choice but to remove those comics from their servers… and your collection. (Thanks Trent for bringing this up!)