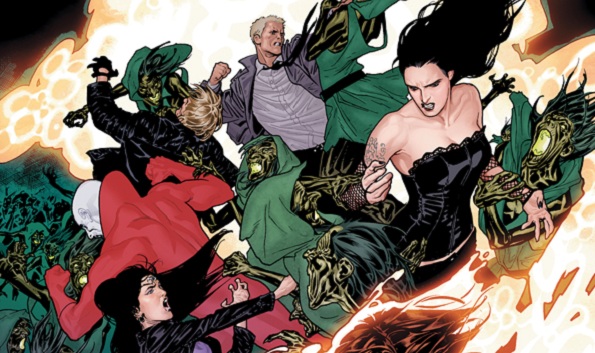 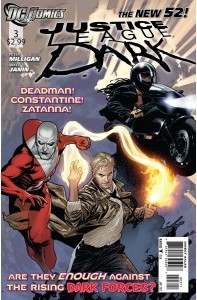 News of a Justice League Dark movie emerged last week, linked with director Guillermo Del Toro. I have really enjoyed the Justice League Dark book (despite the lame title) since it was introduced with the New 52, and it includes some of my favorite characters, including John Constantine and Zatanna. They really have captured the disjointed team of misfits well, with love triangles, mistrust, temptation, and heroism. It is an occult team, drawing their power (and villains) from magic and religion rather than super strength or speed. It may also be the answer to DC’s superhero team movie problem.

Guillermo Del Toro is the PERFECT director for this project. He is no stranger to comic book movies (Hellboy, Blade II), and he is a master with directing the supernatural (Pan’s Labyrinth, The Devil’s Backbone, Cronos). I think he would be able to balance the humor and sarcasm of the Justice League Dark team with the dark flavor of horror needed to put the audience in suspense. He is also really good at directing fight scenes. My only misgiving is his tendency to take on too many projects at once. If he sees the project through to the end, he will make it something worth our box office money. 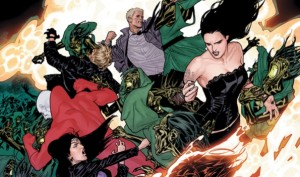 Obviously, this team is full of the B and C list characters in DC’s lineup, but despite the lack of mainstream heroes this movie could be the perfect start to DC’s superhero team movies. Yes, the Justice League is easily identifiable, but so were The Avengers. Marvel knew better than to just toss their audience into a full blown team of incredibly super-powered characters without taking the time (via other movies) to set the stage. Warner Bros and DC should use Justice League Dark as the introduction to their world, in much the same way that Marvel used Iron Man, Thor, and Captain America to set the stage for The Avengers. It will set up the universe’s rules, and start us off with a team that the mainstream audience will have an easier time identifying with.

The biggest advantage that Justice League Dark has is that all the characters are human. This may seem like a small matter, but when you are trying to get an audience to relate to your team, it can be a big deal. This team doesn’t wear spandex (other than Deadman who wears his old circus uniform), and if they were walking down the street you probably wouldn’t notice them (again, except for Deadman). They all deal with personal desires, flaws, and pain in every issue, and we can relate to all their emotions because they are feelings we all share. Superman, Wonder Woman, while more familiar, are harder for the normal audience to identify with because of their extreme powers and strange origin stories… and the crazy outfits. The Justice League Dark can tap into the super natural, but they also have to go to the supermarket if they want to eat or buy a pack of cigarettes. This team can gently introduce the mainstream audience to the DC Universe, setting us up for the more extreme spandex and cape wearing Justice League team we all know and love.

The timing may not work out, and Justice League may end up setting the stage for Justice League Dark, but I hope that both teams hit the big screen in coming years.