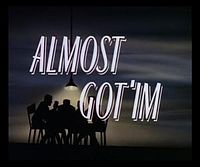 Batman:The Animated Series was a brilliant show that forever left its imprint on the Batman universe. With its film noir style, it was the gateway for a new generation to discover comics and the Caped Crusader. Each character was captured perfectly, from the  Mark Hamill’s brilliant rendition of The Joker to the re-imagining of Mr. Freeze’s history (which was eventually adopted by the comics and movies)! And, let’s not forget that this was the series that brought Ms. Harley Quinn into being!

Stuart Balcomb is an accomplished movie score composer and was part of bringing Batman:The Animated Series series to life. He scored some of the most memorable episodes in the series, and I was lucky enough to interview him about his time working on the show.

Kimi: How did you join the Batman: The Animated Series team?

Stuart Balcomb: At the time, I was Supervising Copyist at the Universal Studios Music Library. My counterpart at Twentieth, Jo Ann Kane, recommended me to Shirley Walker, who at the time was assembling a team of composers for a new animated series. Shirley called and I went to her house for an interview. There were a LOT of people involved, and we all were given a few cues each to orchestrate for Shirley, who was already writing some shows. She had a very specific format we were to follow using very commonsensical procedures that I still use today. She liked my work, so I made the first cut. Next, she gave me a show (The Underdwellers) to split with Lars Clutterham. She evenly assigned cues to each of us to write. When I had written a few cues, I drove to her house and she’d play through them on the piano, making suggestions if needed. She was very hands-on in that manner. I’d go back, make the fixes and then send the score to Warners. Shirley conducted that session while Lars and I read the scores in the booth. She again liked my work to then give me a full show of my own (Appointment in Crime Alley). I

really liked the Main Title I wrote, which consists of rising and falling sequences of sixths. If I remember correctly, she conducted the first half and I, the second. I scored one more episode, my favorite (Almost Got ‘Im), which I conducted. That was a real treat because all Batman’s enemies were in a nightclub, talking about how each almost got him, so each time the scene cut back to the club, they needed some jazz music playing. Being from a jazz background, I was in my element. At the session, we saved all those cues for last. Shirley had hired a real jazz bass player and we had a ball. One musician remarked, “Geez, we’re getting PAID for this?”

K: Were there any musical themes that you had to include or stay away from in your compositions?

SB: I was given some established character themes to use if I wanted. When I did use a theme, I indicated on the score what percentage should be credited to that composer. I actually came up with my own Bat Mobile theme in “Crime Alley,” which I really liked. I’ve since wanted to expand on it, but it’s the property of Warner Bros., so what’s the point?

K: What was it like working with Bruce Timm, who has been involved in nearly all the DC animated projects?

SB: Bruce was great. Very friendly, very astute, and right on the money when it came to where music should go, where music should not be. I don’t remember whether it was Bruce or Shirley, but it was decided that we all should stay completely clear of explosions. Build the music right up to it and stop dead about a heartbeat or two before. Let that little silent vacuum suck you right into the massive sound effect. It worked brilliantly. Since then, I’ve been acutely aware of the error of so many scores that bludgeon us over the head with crash cymbals, massive bass drum, and the works, on top of all the mayhem that the sound department so skillfully crafted.

K: You conducted your own scoring sessions for Batman: The Animated Series. Was that your choice, and if so, why do you prefer to conduct your own compositions?

SB: I do love to conduct. It is an art, and I feel that a good conductor almost paints pictures with the hands. I conducted a church choir for ten years, and I really appreciate the ability to “shape” a sound with even an intimate gesture. Because of that, I would almost rather conduct an orchestra with no baton. I remember one famous Hollywood conductor who did a lot of A-list film sessions, and he was simply a human metronome—no expression, no entrance cues—he just mechanically waved the baton with the click track with his head buried in the score. That’s not conducting!

K: How did you keep each episode fresh and still use the recognizable themes for each character?

SB: … I have never found it a problem to come up with new ideas. Sure, we all recycle ourselves from time to time, but our musical language is who we are. Motifs evolve, are reborn, and emerge sometimes as cousins of previous material. Frank Zappa said that he only ever wrote one piece. He considered that his entire output over his lifetime, from beginning to end, was really just one continuous piece of music.

K: From start to finish, could you walk us through the process of creating the score for a single episode?

Every TV show and film starts with the spotting session. I met with Bruce and Shirley and the music editor, Tom Milano. We viewed the raw episode (sometimes there were placeholders because the animation wasn’t finished), discussed where music should start and stop, and sometimes the musical nature of each scene. Tom took notes which he later mailed to me, listing each cue and its timings. It was up to me to

translate all those into notes on a score that would support the scene … I wrote out the score by hand. Yup, those days were still pencil on paper. I still really just compose in my head and write down what I hear, with an occasional reference to a keyboard.

As I would finish a few scores, I’d call Warners and tell them to send a courier to pick up what I had done. The music library could copy the parts and bind the scores for the session, then the next day I’d send more in.

I had worked for about a week on “Almost Got ‘Im,” and it was about midnight before the recording session. All the other scores had been delivered to Warner Bros., the parts copied and booked up for the players, and I had only one last cue to write. The problem was that I was completely drained. Exhausted and creatively spent, I could not go any further. I stared at the empty score pages that I had prepared and wondered what to do. I briefly entertained the idea of running away, booking a flight somewhere.

It then suddenly hit me that A.) the earth turns and tomorrow will come, and B.) at 10:00 tomorrow I will be standing on the podium in front of an orchestra with a baton in my hand, ready to give a downbeat, and all those pages will be filled in, black with notes. I visualized the future. It was tomorrow and the task was done. All I had to do was get from here to there. And at that moment all the ideas started to flow. That visualization made the process much easier, and I’ve used it ever since—I even once applied it to weeding the lawn…

Well, that was another digression, but very key to my experience with that particular episode. To continue, after a session, perhaps a week later, I’d get a call to attend the dubbing session in which dialog, sound effects, and music tracks are all mixed for the final output. It’s very important for the composer, or someone who has the composer’s interests at heart, to attend the session, because sometimes it’s important to speak up for oneself and say that such-and-such music theme must remain on top of the mix at a certain moment where maybe the sound effects editor is keen on pumping a sound that someone had worked a week to create, thus burying an important musical moment. A fine balance must be maintained so that the maximum service is done to the film, be it music, a spoken phrase, a sound effect, or even silence. The music editor and mixer were very good, though, because only once did I have to chime in and say that the music was a bit too low at that point, to which everyone agreed.

K: I know that your son was a huge fan of Batman: The Animated Series, were you a Batman fan before you started composing for the show?

SB: No, I was not necessarily a Batman fan. [My son] Sam was a comic collector—in fact, we both bought the first Youngblood that came out …We also collected the Spawn comics from the very beginning. After awhile, I think Sam stopped but I continued, and eventually stopped at #100. For Christmas one year I gave him all 100 issues. But I digress…. Tim Burton had put out two films by the time the Animated Series came around, so I had seen those. I wasn’t thrilled with the over-the-top, almost slapstick violence, especially with the absurd fight between Batman and the Joker on the top of that bell tower. I did, however, like Danny’s score.

I’d like to thank Stuart for taking the time to indulge my fangirl questions. I truly credit Batman: The Animated Series for introducing me to the world of comic books, and it was an honor to quiz him on a topic so near and dear to my heart.

Visit www.stuartbalcomb.com to hear samples of his work from Batman:The Animated Series and his other incredible projects.