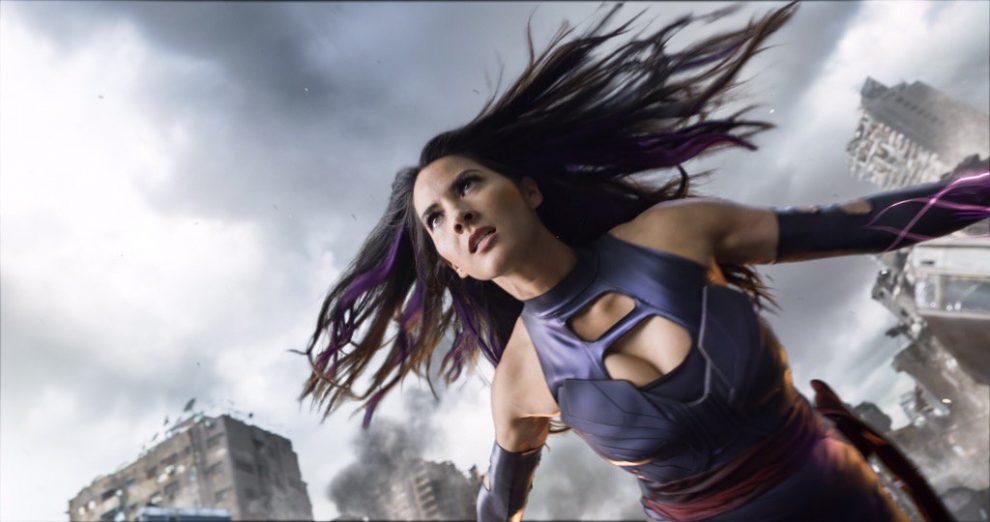 Recent articles on comicbook.com, cinimablend.com, and etonline.com have given Olivia Munn credit for doing all her own stunts on the upcoming movie, Xmen: Apocalypse. They quote her as saying:

“Psylocke is such a powerful, lethal character,” said Munn. “It was important to me that I was able to do all of the stunts because the more believable it is, the better it is for the audience — and the only way to make it believable is for me to actually do it.”

The etonline.com article goes on to say that, “You might expect the badass move to require a stunt double, but Munn made sure to take on the task herself.”

Julia Rekaikyna, a stunt woman and actress, was Ms. Munn’s stunt double for the movie. The proof?

Yep. That’s Ms. Rekaikyna standing right next to Olivia Munn on the set of Xmen: Apocalypse. Her IMDB page lists her as Munn’s stunt double for the movie. Maybe the Psylocke that we see on screen isn’t really Olivia “from beginning to end” as these articles quote Munn as saying?

You can watch Julia Rekaikyna’s stunt reel below. It’s impressive, and the stunt 26 seconds in looks REALLY familiar…

This incident has the stunt community privately fuming, although it is nothing new in their line of work. Stunt workers are one of the most overlooked communities in the television and movie industries. It’s not surprising that the audience doesn’t know the stunt performers by name, because if they do their jobs well they are indistinguishable from the stars they are keeping safe. However, it is completely inappropriate for an actor or actress to openly take credit for the work of a fellow professional. 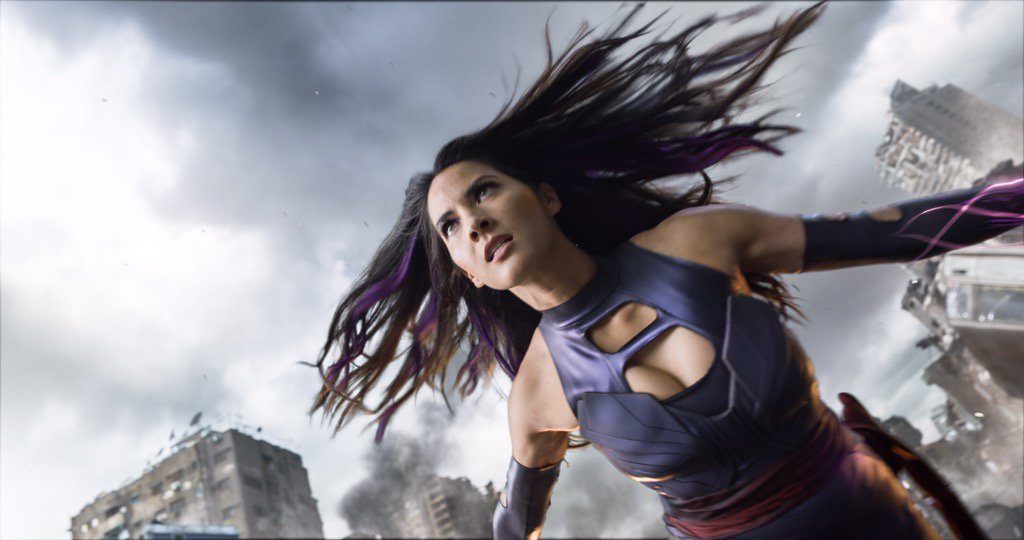 Olivia Munn has made a big deal about how hard she has trained for this movie, but a few months of work cannot replace the years that it takes to master stunt skills on a professional level. Ms. Munn probably did SOME of her own stunts for this movie. She probably did some sword twirls, wire work, and some rolling around on foam mats. What she didn’t do was test all the stunts over and over again to make sure they were safe. She didn’t practice group fight sequences for hours until a star with limited training could step in and look good on camera. Every wire she dangled from was pretested by stunt people to make sure it was safe for her. With a few insensitive, attention-seeking comments, Olivia Munn has taken credit for the work of a whole team of professional stunt workers, including the work of Ms. Rekaikyna.

This comes at an especially sensitive time for the movie industry and stunt workers alike. The Academy Awards has been under scrutiny because they still have no category for stunt work, despite decades of people asking for one. It seems especially unfair when you consider that this year’s action-heavy Mad Max: Fury Road was nominated for 10 Oscars and won 6, which is more than any other film of the evening. Many would argue that Fury Road’s success was heavily dependent on the stunt teams that blew audiences away with incredible action sequences, and yet those stunt people are being ignored by the Academy. Even recent protests and petitions have fallen on deaf ears.

There are lots of invisible hands that help create movies. We almost never hear the names of the stunt teams, makeup artists, painters, set dressers, grips, stitchers, editors, camera operators, and the others who make the magic happen. Their one moment in the spotlight is when their names appear in the credits after the movie, and most of us get up and leave before those even start rolling. Stunt people put their lives on the line to keep us entertained, and even in today’s high tech world, horrible accidents happen. These professionals know the risks and accept them willingly, but they should be recognized by the Academy and they should DEFINITELY be given credit by the professional actors that they keep safe, including Olivia Munn.