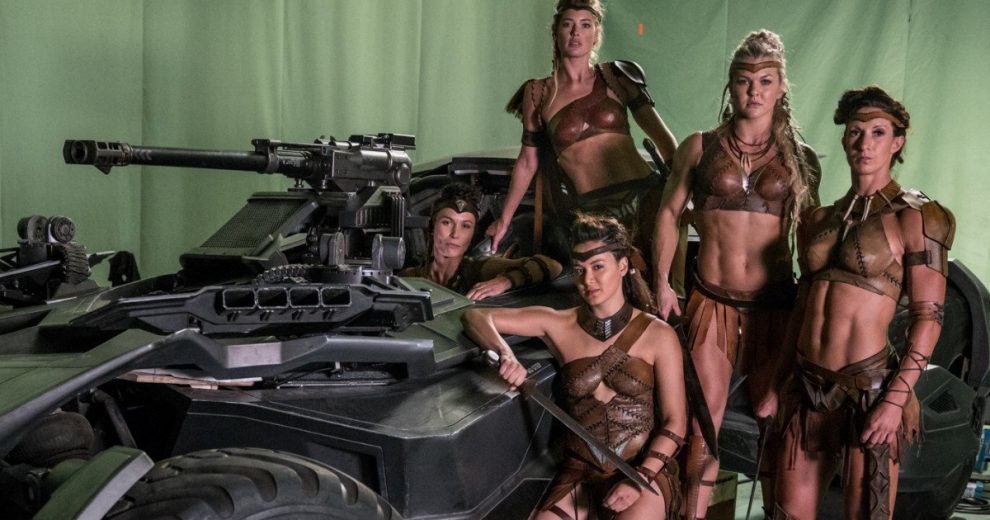 Wonder Woman was a  huge success for Warner Bros. With a gross income of over 800 million dollars worldwide and a final score of 92% on Rotten Tomatoes, it breathed new life into the struggling DC Cinematic Universe. The empowering depiction of the film’s female characters, including the fighting technique

and stylized culture of the Amazons, were one of the things fans loved most about the movie.

Which is why Zack Snyder caused an Amazonian uproar on social media when he started sharing pictures of Amazons from Justice League in leather bikinis.

This abrupt change of direction is a shock and these outfits look like generic barbarian women from a game of Dungeons and Dragons. They completely lack the unique flavor of the Greco-Roman-inspired armor ensembles that Lindy Hemming put so much thought and historical research into creating for Wonder Woman. The Wonder Woman designs received acclaim from fans and costume fanatics alike. They were clearly inspired by the Amazon’s origins in the Mediterranean and were feminine but very functional. Why mess with perfection?

Oh, right. The all-male team of directors and executive directors wanted women to fight in bikinis.

Wonder Woman began filming in 2015, the year before Justice League started filming in 2016. The Amazons’  design was finalized and most of the costumes completed while Justice League was still in pre-production. That means that there were discussions about what the Amazons should wear into battle in Justice League and the epic designs from Wonder Woman were rejected in favor of leather bikinis. Let that sink in. They rejected already finished costumes to redesign and remake the armor so that more skin would be showing.

They rejected already finished costumes to redesign and remake the armor so that more skin would be showing.

Feel uncomfortable? You should. This isn’t a new formula for comic books, films or TV shows. All these fields are dominated by white men and their creations reflect their own ideals. Women in films are four times more likely to be shown in sexy outfits and three times more likely to show some nudity. Zack Snyder’s ideal female warrior wearing about the same as a Victoria’s Secret model on the runway is not a new concept, it’s just disappointing and insulting in 2017.

Fans have been trying to come up with theories to rationalize the dramatic shift in costumes for the all-female civilization. Memes are making the rounds on social media speculating that the barbarian outfits are from thousands of years ago, or that it is another tribe of Amazons. Not knowing the movie’s full plot, I can’t say if this was the intention. I guess the theory is that the Amazons didn’t know how to make armor when everyone else on earth did… because girls? (insert eye roll) I reject the idea that the Amazons were ever ignorant enough to wear these garments into battle. They have all the knowledge of the ancient world and the Greek pantheon, but based on the production pictures, it looks like the men from Atlantis and man’s world had figured out armor while the Amazons were still dressing like bad Conan clichés. There are also plenty of pictures of “modern” Amazon armor that is still leaving their midriffs completely unprotected. An evolution of style would be appropriate but the Amazons would not plan to go into battle with their vital organs exposed.

To be absolutely clear, my issue is not with the lack of modesty. The Amazons in Wonder Woman wore sports-bra-like outfits when they were not in battle and I think that is very realistic for a society that lives in a Mediterranean climate. My problem is a millennia-old military culture wearing bikinis into battle because they are women. My problem is a wise civilization that was created by the gods to protect the world thinking that soft leather is armor. I have a problem with a really great design being thrown out in favor of something that would excite the cis male gaze.

I have a problem with a really great design being thrown out in favor of something that would excite the cis male gaze.

The positive reception of Wonder Woman was a major blow to Zack Snyder’s vision and forced Warner Bros. to course correct their failing DC Cinematic Universe. Joss Whedon stepped in as director after Snyder and a massive number of reshoots began. Many of the reshoots were reportedly to add more screen time to characters from Wonder Woman. I hope that some of these changes include more of Hemming’s complete armor design.

(Special thanks to fellow Wonder Woman fan Wonder Bira for helping me track down some of the pictures I used in this article!) 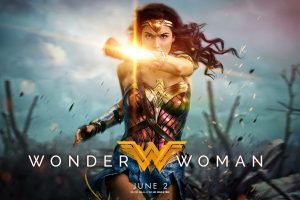