Since August, the internet has been in an uproar about the #gamergate controversy. It seems that everyone has a different opinion about the point of the movement and its impact on the industry. Regardless of what the parties involved intend, and the horrible behavior of jerks abusing the anonymity provided by the internet, there are two main issues that should be pulled from this clusterfuck and more closely examined.

1. Ethics in Journalism
Regardless of your feelings about the #gamergate movement, this is an important issue that shouldn’t be ignored. When I was a teacher, I always warned my students about the information available on the internet. The internet gives us incredible freedom to express ourselves and share our opinions, however there are no controls in place to vet websites, online authors, or their works. Anyone with an internet connection can start a website or blog and post whatever they like.

This isn’t always a bad thing. Many online authors, including myself and many of my friends, are passionate fans who simply want to share what they love with other fans. These grassroots writers are often considered more credible since they are “of the people” but sometimes that can make it harder for them to stay objective. When you are a fan of something, it’s tempting to feel like you are legitimately connected to it or dream of getting paid for writing about it. Companies are getting savvy about giving review copies, merchandise, special access to events, and even job opportunities to reviewers/fans who can have a positive impact on their sales. One recent example is the Shadow of Mordor marketing company, Plaid Social Labs, 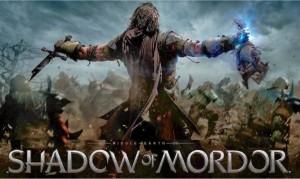 who only provided advanced copies of the game to approved reviewers who signed a lengthy agreement that stipulated a positive review, specific social media promotion requirements, and gave the company final approval over any videos reviewing the game.

While conflicts of interest and quid pro quos are not a new problem in journalism, it is new to have so many well-known online commentators who lack the ethical training that comes with a degree in journalism. We need to start demanding transparency from online sites and their contributors, especially in a world where more and more purchases are based on the information we gather online.

2. Misogyny in Gaming
There is no denying that #gamergate has been inextricably linked with horrific threats against a number of women in the gaming industry. Regardless of whether the people involved in these attacks are really part of the #gamergate movement or assholes just using it as an excuse to behave like monsters, this issue should be taken seriously by everyone in the gaming community. Nobody should be subject to threats such as these simply for being an outspoken woman in the gaming industry. 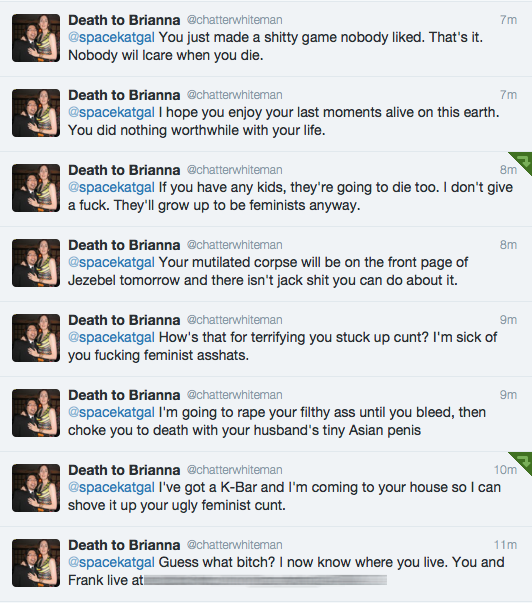 The very essence of these threats is to dominate the women involved and to scare them so that they don’t speak out about the often unfair conditions in the gaming world. Graphic descriptions of rape seem to be a special flavor of threat that asshats save for women. Thanks for that.

This problem predates #gamergate, as seen with Anita Sarkeesian and her Tropes vs. Women in Video Games series, which first started getting online attention with her incredibly successful Kickstarter project in 2012. Even if you don’t agree with all the arguments she presents in her videos, the horrific responses from enraged video game fans over the past few years has been shocking. She has repeatedly been driven from her home and threatened with graphic rape and death scenarios, simply for stating her opinion of how women are treated in video games on her own YouTube channel.

As a woman, I have faced misogyny in gaming, usually at conventions where I am interacting with strangers. It’s disheartening and makes me feel like I don’t belong, even when I’m the one wearing the GM Volunteer badge. I can’t imagine the courage it takes to face violent threats from strangers who know where you live. We need to stand together and loudly voice that we will not tolerate this type of treatment towards ANYONE in our community. Trolls and predators should not be ignored, but should be vehemently told that they do NOT speak for us.

If the gaming community can take a step back from the drama and conjecture of the #gamergate controversy, we could learn from recent events and become better for this whole awful experience.